Always wanted to participate in a sailing race with at least forty big klippers? Welcome aboard the Johanna Engelina. You don’t have to be an experienced sailor to participate in these competitions. The crew will be happy to take you under her wing.

The Klipperrace consists of two parts: the Three Cities Race and the Olympic track. On Saturday, the Three Cities Race will be sailed with the amazingly impressive anchor start in the Krabbersgat. It is then important to choose the right route. The competition organization has designated 3 buoys at Medemblik, Stavoren and Urk respectively, two of which must be rounded.

After the party on the Saturday evening we have to get out of bed on Sunday morning to sail the Olympic track. The two classes start one after the other and the tracks partially merge, so that the field stays well together for the entire race.

The Klipperrace always guarantees a lot of sailing spectacle with extremely fanatical crews. For the klipper skippers this is the race of the year.

In 2018, Saturday went very satisfactorily with a shared 8th place in the A-class on the Saturday because we had chosen the right route. On our route over Urk Stavoren we even took the lead until the last rak. Only just before the finish we were overtaken by the 2-mast Adventure. The Sunday started with a very bad start. We became nm. pressed over the starting line by the Waterwolf and had to start again at the back. Then we started with a huge overtaking race and managed to overtake 14 ships. In the end we crossed the finish line in ninth place. As a result, we reached 7th place overall. It was a beautiful weekend with a lot of sun and since times we also performed well with little wind. The new mainsail gave us a lot of extra momentum.

Sailing experience is not required, conviviality is. We sail several races (see below). All competitions include food, drinks, beer and wine. You have to provide a sleeping bag and waterproof clothing yourself. Registration has already started so if you like it, quickly let us know and book via the “Book direct”button.

We organize all competitions including catering. If you want to join or have questions, you can call Laurens Orange (06-21506336) or email info@johannaengelina.nl.

The Johanna Engelina is a 38-metre sailing clipper. Built in 1897 and with approx. 800m2 sail on board. All competitions can accommodate up to 33 people. Accompanied by an experienced crew, you will have the chance to experience a very spectacular event. Sailing experience is not required, conviviality is. Every competition also involves an experienced cook. Because with an empty stomach you can’t sail!

The Johanna Engelina is an original Zeeland two-mast clipper. The ship is equipped with a spacious deck for sunbathing or helping with sailing. Below deck you will find a cozy day care, attractive huts and a well-equipped galley. 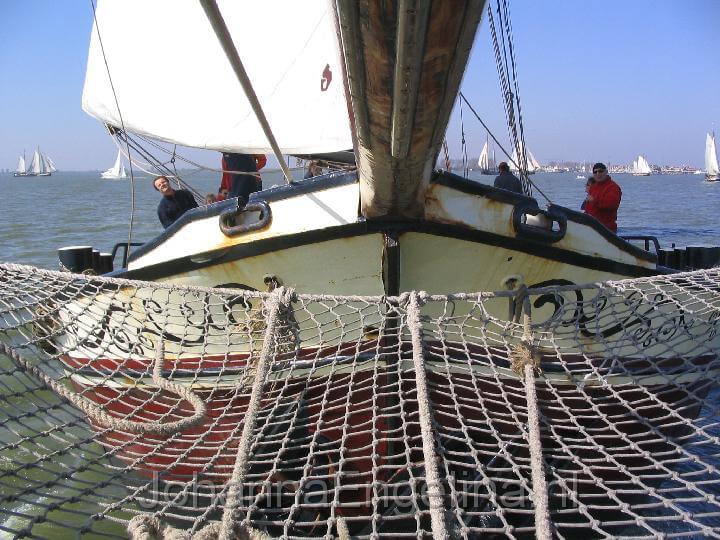